For years, in order to safeguard the ritualistic secrets of the Fraternity, Diggs laboriously typed and bound the rituals. It was not until he moved to Indianapolis, Indiana, where he met an old German printer in whom he had confidence, that he entrusted the esoteric materials of the Fraternity to a commercial printer. 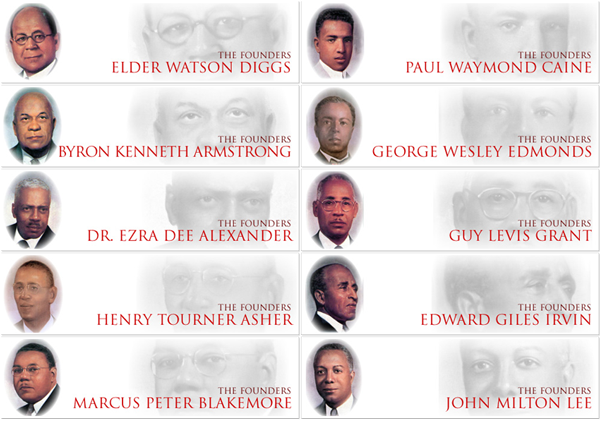 In the spring of 1912, Diggs wrote in a little blue examination book the first Constitution, which was adopted in 1920 with but a few revisions. This edition remained in use until 1926 when it was supplanted by the codified edition jointly written by Diggs, J. Ernest Wilkins, and W. Ellis Stewart. In 1957, the Constitution again underwent major revision.

Now substantially established and provided with a Constitution, Ritual, coat of arms, motto, and guiding hand in a dynamic Grand Chapter, the Fraternity was ready for expansion. In the summer of 1912 Diggs visited the University of Illinois at Urbana, Illinois, where he met Earl B. Dickerson, President of the Old “Illini Club.” This club constituted the nucleus of the University of Illinois Chapter, the Beta, which was chartered on February 8, 1913. Gamma Chapter (later changed to Indianapolis Alumni Chapter) was established on December 29, 1913, followed by the establishment of Delta Chapter at the University of Iowa, on March 7, 1914. The latter was subsequently changed to Gamma Chapter, and the designation of Delta assigned to the Wilberforce University Chapter at Wilberforce, Ohio. Epsilon Chapter, Lincoln University, Pennsylvania, was established December 4, 1915, as the first chapter in the East. Elder W. Diggs journeyed from Indiana to give this chapter his personal and official installation, recognition and blessing.

Thus ended the infancy of KAPPA ALPHA PSI, whereupon the Fraternity embarked upon an era of expansion. Except for the years of World War I and II, when several Grand Chapter meetings were suspended, KAPPA ALPHA PSI has grown and prevailed with unabating impetus.

KAPPA ALPHA PSI Fraternity, relatively early, envisioned the modified attitudes of college administrators and administrations regarding certain frivolous activities previously identified with Greek letter organizations; and it initiated appropriate changes. Among the early changes brought about was the banning of paddling and other forms of physical abuse, and the introduction of constructive endeavors during pledgeship and probation. To date, KAPPA ALPHA PSI Fraternity is organizationally and administratively mature. It moves steadily toward a tomorrow of promise, productivity and influence.

Taken from: “A SHORT CHRONICLE OF KAPPA ALPHA PSI FRATERNITY” 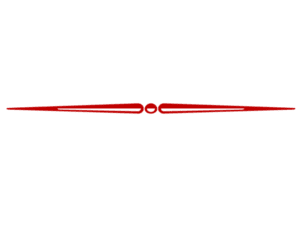 Elder Watson Diggs was born in Madisonville, Kentucky. In the spring of 1908, Diggs graduated from Indiana State normal school in Terre Haute, IN (previously known as Indiana State Teachers College and currently referred to as Indiana State University). In 1909 he entered Howard University but a year later he transferred to Indiana University in Bloomington, Indiana. There he received his degree in June of 1916. He served as Grand Polemarch for the first six years of the fraternity’s existence and in 1924 he was awarded the first Laurel Wreath, the fraternity’s highest recognition for achievement. An educator by profession, he taught in the public schools of Indianapolis, Indiana, where he elevated to principalship. Upon America’s entrance into World War I, Diggs resigned from his principalship to enter the Nation’s first Officer’s Training Camp at Fort Des Moines, Iowa, and was commissioned a lieutenant. After European service with the 368th Infantry, he became a captain in the Reserve Officers Training Corps.

John Milton Lee was born in Danville Indiana on September 7, 1890. He graduated from Danville High School in 1910 and in 1910 entered Indiana University. There he completed three years of pre-medical study. From the beginning, Lee was an active participant in the founding of Kappa Alpha Nu. In 1915, he became a student at Temple University but he was compelled to leave school because of a death in the family. He enlisted in the 349th Field Artillery in March of 1918 and served overseas as a First Class Sergeant and Gunner. His was the first battery of Negro Artillerymen to open fire on an enemy. Vocationally, he was engaged in several enterprises. He conducted a successful catering business in Philadelphia. He organized and served as Vice-president and Secretary of the Mutual Emergency Union and he was also a member of the Board of Managers of the Columbia Community Branch of the YMCA.

Byron Kenneth Armstrong was born in Westfield, Indiana. In 1909 he entered Howard University where he met Elder Watson Diggs. Together they transferred to Indiana University in the fall of 1910. There he studied philosophy, mathematics, and sociology. After finishing Indiana University, he entered Columbia University where he earned his Master’s degree in 1913. His early efforts in the the fraternity earned him the Laurel Wreath in 1935. In 1940 he earned his Doctor of Philosophy degree from the University of Michigan. He went on to hold teaching position in Florida, Indiana, Kansas, and Oklahoma.

Guy Levis Grant was born in New Albany, Indiana. He graduated from Scribner High School in 1909, and subsequently entered Indiana University. While there, he majored in chemistry and graduated with the A.B. degree in 1915. In 1920 he received his D.D.S degree from Indiana Dental School; then a part of Indiana University. He served as a member of the Grand Board of Directors and was the Fraternity’s Historian. He held memberships in several civic, professional, and business organization as he practiced dentistry in Indianapolis, Indiana.

Henry T. Asher was born in Woodburn, Kentucky in 1892. He moved with his family to Bloomington, Indiana and graduated for Bloomington High School in 1910. Later that year he entered Indiana University. In June of 1914 he received his B.A. degree and a year later he was an instructor at Lincoln Institute in Jefferson City, Missouri. After one year of teaching, Asher entered the graduate school at the University of Illinois. He studied there until 1916 and then transferred to the University of Minnesota. There he received his Master of Arts degree in 1917. In 1928 he was awarded the L.L.B. degree by the Detroit College of Law.

Marcus Peter Blakemore was born in Franklin, Indiana. However, he attended common and high school in Anderson, Indiana. He graduated form high school in 1909 and entered Indiana University the following year. As a roommate of Byron K. Armstrong, he became enthusiastic about the new fraternity and contributed significantly to the establishment of Kappa Alpha Nu. After leaving the university, he organized the Electric Engineering Company, which he operated until he enlisted in World War I. He later entered the Dental School of the University of Pittsburgh, from which he received his D.D.S degree in 1923. He remained in Pittsburgh and maintained a dental practice. Founder Blakemore was very instrumental in the establishment of the Beta Epsilon Chapter of Kappa Alpha Psi, at the University of Pittsburgh.

Edward Giles Irvin was born in Spencer, Indiana on August 13, 1893. He graduated from Kokomo, Indiana High School in 1910 and entered Indiana University the same year. He assisted with the founding of Kappa Alpha Nu and served on the fraternity’s Incorporation Committee. After leaving Indiana, Irvin pursued a career in journalism. He worked in various cities throughout the country until he served in World War I. After the war he worked on the staff of the Indiana Freeman. In March of 1922, he established the Shining Star, a weekly newspaper in Anderson, Indiana. The success of this venture brought a bid for Irvin’s services from the Gary Sun. He accepted the position of editor, but later resigned to become sports editor for the Chicago Daily Bulletin. Irvin later organized and operated the Afro-American Manufacturing Company in Chicago, which produced novelties, candies, and specialties.

Paul Waymond Caine was born in Charleston, Indiana. He attended grade school and high school in Greencastle, Indiana. In 1909, he entered Indiana University and helped the other founders in organizing Kappa Alpha Nu. However, because of a disastrous fire in the fraternity house in which he was employed, he never finished his sophomore year. Caine went into the catering business in his hometown, later attended Columbia University, set up a catering business in Gary, Indiana, and published a book on catering which was copyrighted in 1919. He was instrumental in setting up the Gamma, Delta, and Zeta chapters. He later went into business in Peoria, Illinois and was fatally burned during an explosion of gaseous materials in his business in 1922.

George Wesley Edmonds was born in Vanderburgh County, Knight Township, Indiana on August 13, 1890. He attended Carver Elementary and Clark High School in Evansville, Indiana. He graduated high school in the spring of 1910 and entered Indiana University that fall. There he joined the nine other founders in organizing Kappa Alpha Psi. After he returned home for the summer of 1911, his father became ill with pneumonia and died. George, being the eldest son, became head of the family, thus preventing his return to school. With the new responsibility of supporting a family, George took a job with the area coal mines and worked with the coal mines and railroads until he died of pneumonia in June of 1962.